How to Get More Referrals and Introductions 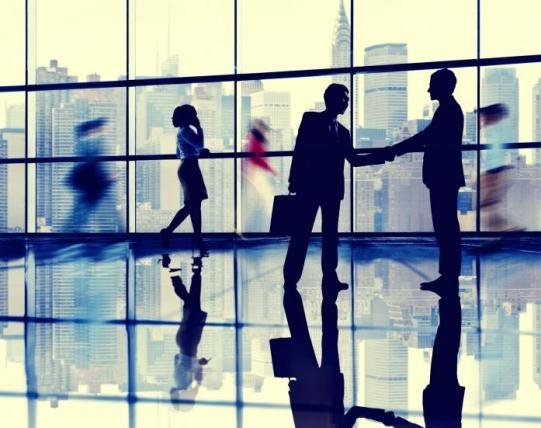 There are two main reasons why people typically do not do a great job on referrals and introductions.

Number one is that they don’t ask. We have account review meetings, problem-solving meetings, implementation meetings, sales calls and still we often do not ask – perhaps because of fear, time constraints, or forgetfulness. Regardless, we are often inconsistent in asking!

The second reason is that we ask poorly. When I say we ask poorly, I mean we make it a simple request rather than a conversation. We start with very weak words such as: “Oh, by the way, do you know anybody who might be interested in talking with us?”

The rules behind referrals and introductions are 20-60-20. Twenty percent of your client/customer base is going to refer to you whether you ask or not. The other 20% never refer. They could like you, but for whatever reason they are uncomfortable. In this is the case, let them off the hook, no problem.

What we’re looking for is that middle 60%, the movable middle. The folks that like you, would be happy to refer and introduce, but don’t think about you consistently – that is unless we proactively have a conversation.

Let’s take a look at what asking for an introduction sounds like.

The first step is something we call a value transition. One of the best times to ask for an introduction is when you have clearly demonstrated some value. An example is a client saying to you something like: “This has been tremendously helpful, I really feel much more comfortable having my questions answered.” They are sharing value, and now you can have a value transition. You can start by asking if they received value.

“Hey, was this worthwhile for you today? Has this been helpful?”

Step two is called pattern interrupt. Do something different. Start with a word like important. Now remember, important is a “lean in” word, while “Oh, by the way,” is a “lean out” word.

“If you’ve got a minute, I’d like to spend just a little more time with you and talk about something important.”

Now begin to put an up-front contract in place to set up the agenda for an introduction.

“(Client), I wanted to take a little bit of time with you, and if you’re open-minded to it, just sort of brainstorm people who are in your circle, in your world who you care about. Maybe even just create a short list of those folks who may be interested in understanding just a little bit more about what we do. Are you open minded to that?”

Now to make that up-front contract more compelling, attach it to a story to show why you are asking. So step four is to give a story. Here’s an example of a story (for a financial planner).

“The reason why I ask is: I had a recent meaning with an introduction who has become a client. This was a woman, who, in 2007, had a net worth of $8 million and was completely invested wrong. She had her money in “bank preferreds”. She was 72 years old, and by the time it was done, her $8 million was down to $2 million. Now we had a chance to take care of her, we have her on a plan, it’s going to work out, and she’s going to have enough money to live. The frustrating part about it, though, was that this woman was one of the best friends of one of my long-term clients, and had I been a little bit more proactive, and had the kind of conversations to understand and talk about the people in your world who you love, I feel like it could have avoided some of the pain for her.”

Now you don’t want to blow it by just saying “So do you know anybody?” We don’t want to ask a direct question like that which causes their brain to shut down. Instead, we want to paint a picture of what our introductions look like to get their brains moving. The transition would sound like:

“Would it be helpful then if I painted a picture of the three to four different types of people we’ve found over the years that we’re the best fit for? Would that be helpful?”

You’ll always get a yes. Now you have a chance to unlock their brains and get them thinking about people they know and love and care about.

“One type of individual are people very similar to you. They may have worked with you at Company A, spent 20-30 years there, they’re likely neighbors or friends who’ve done, as far as you can tell, a fairly good job of saving and working hard, and now their either nearing or have just retired and need to live off of that money. Let’s take a moment and sort of think through who, in your world, fits that criterion. Now remember, just because they fit, this is a brainstorming session, that doesn’t mean it makes sense to introduce us. You and I can decide that later.”

That takes pressure off of that ask. One of the keys is to make the characteristics observable. Worked hard together for 30 years, live in your neighborhood, go to your same church, part of your same CEO group, whatever it is. As opposed to unobservable criteria such as: “These are people who would be unhappy with their current financial advisor.” I don’t know if my neighbor is unhappy with their financial advisor. So keep the characteristics observable. This is a key point in beginning to get their pen moving and their brain working. Once we get the names, we can begin to prioritize that list.

“Alright, so tell me a little bit about C. Why C? Why did you pick them? How well do you know them? When’s the last to you spoke with them? Would you be comfortable introducing me?”

Finally, the last step is to reward your referrer. Call them back and thank them.

“I spoke with Barbara Smith.  She was so happy you introduced us.  We will definitely be able to help her.  Thank you. This was wonderful. Are there others you think we may be able to help?”

So think through the steps of value transition, pattern interrupt, up-front contract, tell a good story, paint a picture using observable characteristics, qualify those names, get permission to get introduced and figure out how you are going to get introduced, and finally reward, thank and appreciate the person making the introduction.

You’re a blessing in your client’s lives and more people deserve to hear about your business. Now go ask!

If you enjoyed this article, you might like to listen to the author, John Rosso, talk about How to Succeed at Prospecting on our podcast.

John Rosso is a Sandler trainer and the founder and CEO of authorized Sandler training centers located in Pittsburgh, Pennsylvania and Charleston, South Carolina.
Share this article:

Fear of Technological Change Can Help You Sell

Turn Bad Times to Your Benefit